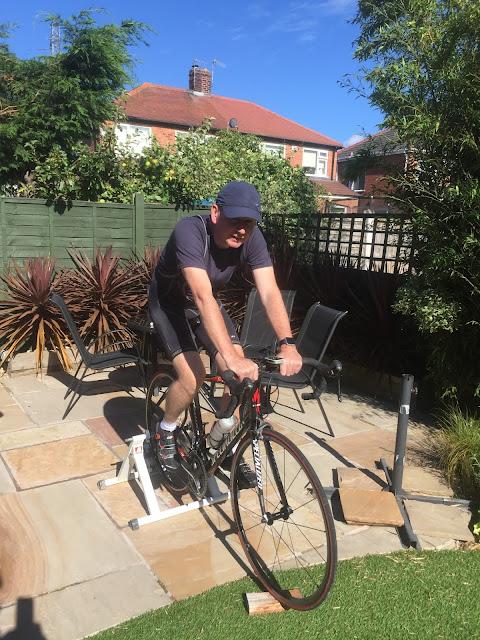 Today I did something I hadn't done for 52 days.  Not like I was counting or anything, but yes, I cocked my leg over a bike and turned the pedals.  I managed a massive 11kms on the turbo trainer in the back garden.  About a 20 minute ride.  My legs barely noticed, but my lungs felt like I had just grimped up Alpe D'Huez in the big ring. Despite this poor performance I am hugely pleased and somewhat relieved that I managed that much without my back or ribs aching.  I sat on my bike, spinning a low gear, grinning, no headphones on, no distractions, just listening intently to my body.  In all honesty, waiting for something to give in, crack or fall off.  Thankfully nothing did. It was a big leap forward considering that at the beginning of July I couldn't walk more than two steps without getting out of breath.  I couldn't bend over, couldn't dress myself, was generally in a terrible state living on morphine to allow me to be able to breath in deep or cough. I fin
Post a Comment
Read more

The Majorcan Disaster - The Clusterf*ck Continues.... aka Part 4

July 05, 2016
Introduction (please imagine it being narrated by Leonard Nimoy) Fast and Furious The Expendables The Bourne Series Terminator Transformers Spiderman Pirates of the Caribbean Final Destination What do these movie franchises have to do with Scott's tumble in the Majorcan countryside?  Not much, until now. Now, his little story can join the ranks of the above esteemed titles by going on (at least) one story too long.  As much as Scott would have loved to wrap things up after the last episode where he made it home in a back brace for a slow but steady recovery. But, oh no, that's way too easy, so, dear reader, sit back and enjoy the next thrilling episode with Scott and his dodgy descending technique. I got home from hospital on a Friday afternoon.  I had a truck load of meds and a back brace. "Honestly love, I feel a bit tired now but another few days and I'll able to start going back into the office" I probably even believed that too as I said
Post a Comment
Read more 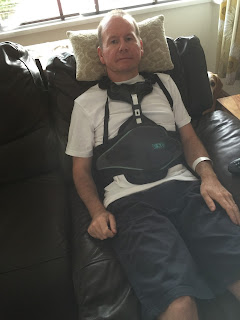 Following on from my last blogs about this, (read them first please if you haven't) I've made it back Blighty.  I am about to be handed over to the care of the NHS from Luxembourg Air Rescue.  I had also previously stated that this would be a chance for me to see first hand a direct comparison from the care I got in Majorca and here. Before I get into that there are a couple of points I want to make. I am and always have been very pro NHS.  I do think it's a great institution but you only ever hear the negatives re waiting times or ops that have gone wrong etc.  But those are the things that make headlines.  Unfortunately we are quick to complain and slow to praise.  After all, why should you say "well done" to anyone treating you.  "They're just doing their job".   Well, to some extent maybe that's true. But caring, as a profession, is so personal, there are many degrees of good and "bad" that can be distinguished by the patient,
Post a Comment
Read more 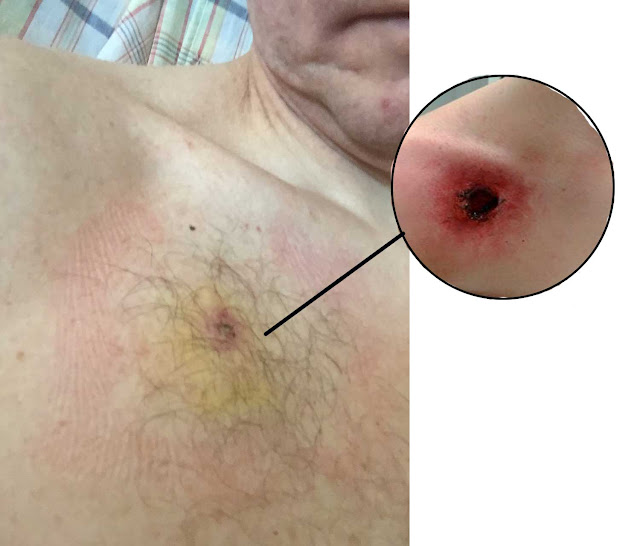 A most heinous and dastardly plot to swing the EU Referendum vote to "Leave" has been uncovered on the very day of the vote.  The plot involves knobbling 2 votes for the price of one target. The plot centres on a 45 year old man from Wirral, who had accepted to be a proxy voter for his daughter.  His identity is being kept secret due to forthcoming investigation and possible legal proceedings.  For the purpose of this report he will be referred to as Mr O. After accepting the proxy voter request from his daughter, who returned to university a couple of days before the vote, Mr O took his wife and daughter on a small holiday to Majorca. Unbeknown to Mr O the email account that his request was sent from was hacked and his personal details were acquired by a blacks ops team working for the Leave Campaign. An assignation team was sent to Majorca to take Mr O out and thus his votes.  It can now be reported that the attack happened near the top of a small mountain pass in t
Post a Comment
Read more 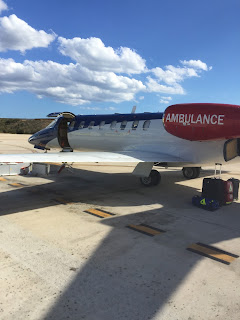 Even though I have already posted about the crash, I wanted to share my experience of having a major trauma in a foreign land and how I was treated. I want to start from just after I hit the deck.  Initially, I was lying in the ditch over some big rocks screaming like a baby.  I admit I'm not brave at the best of times but this was pain like I have never felt before.  (By the way read the previous post if you haven't already so it makes sense.) I shouted for the first couple on the scene to help me up.  I was aware I could move my head and limbs ok so I didn't think anything can be broken. As they pull me to my feet I realise the pain is too intense to stand up, so I lie down on the road on my side which didn't hit the wall.  Other people arrive on the scene and try to offer comfort.  Something soft is put under my head and I'm given shade and water.  As I'm lying there I can feel it difficult to breathe and very painful if I try to take a deep breath.
Post a Comment
Read more 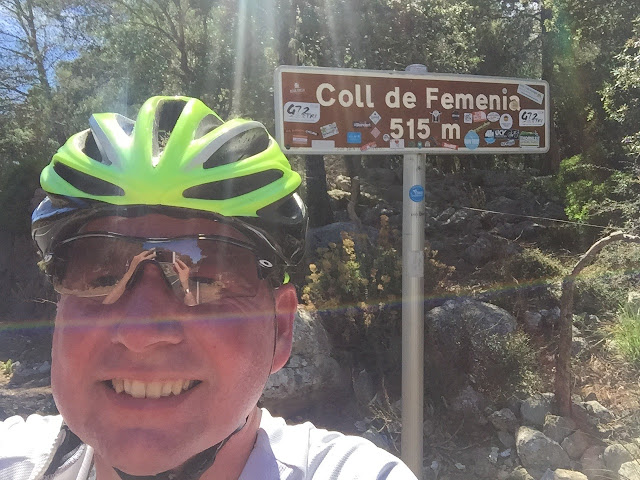 I can now state "My season is in ruins"... ...and it was all going so well. I'm sorry to report I've had a major "off" descending the Coll de Femenia last Monday (13th June). I had just picked up a hire bike in Puerto de Pollensa for few hours of pedalling in the sun and mountains of Majorca this week in-between lying in the sun with a few beers and lazing in the pool. Unfortunately all those plans have been ended by over cooking a corner a few turns down from the top of the Femenia.  I had just spent, what felt like forever dragging myself up the 7.7km climb in 29 degrees heat.  It had occurred to me more than once on the way up, "what the hell am I doing?  I could be lying by the pool".  Still, I pressed on and eventually reached the summit.  Obviously I stopped to take the obligatory selfie. A happy Scott only a few minutes before the crash I then set off back down towards Pollensa and the sanctuary of the hotels pool/bar. A car
Post a Comment
Read more 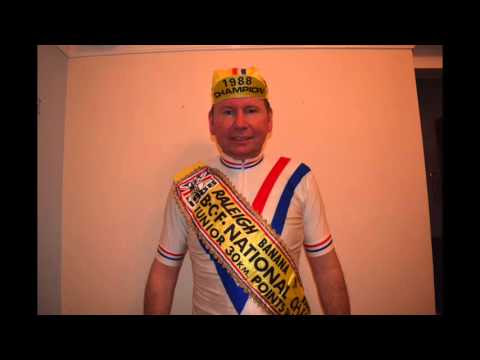 April was an improvement on earlier months this year.  Got out half a dozen times and a staggering distance of about 360kms. Even managed two visits to the world famous Eureka Cafe.  The cake there always ensures I don't lose too many calories on these rides. Did my longest ride for quite a while, in fact my longest recorded on Strava, 116kms.  Went over the "Shelf" a famous climb out of Rhuthin in North Wales.  Wasn't too bad either.  Last time I went over there was 25 years and 10kgs ago.  I did notice the difference!  But it reminded me of what I had been missing.  Despite my lack of ability, I do still like the hills of North Wales.  This area of the UK is really fantastic for pedalling around. The new kit arrived (see last post) and was fitted.  Managed to get it all working, so I'm very pleased with the upgrades so far.  Even managed to recoup some of the cost with a bit of spit and polish on the old kit and flogged on eBay. Major recent purchases are
Post a Comment
Read more
More posts